The female warrior Kellina's father was killed by a giant dragon that terrorizes the kingdom and dwells in a dungeon protected by its minions.
Kellina and her friends embark on a quest to kill the dragon.

It can be played in three modes (Dragon Quest, Random Dungeon, Custom Dungeon) and on four difficulty levels. The game's four player characters: Archer (Eryc), The Barbarian (Zared), The Sorceress (Levina), and The Avenger (Kellina), differ only in speed and strength. The slowest character (Zared) is the strongest, the fastest (Eryc) the weakest. Players can find Attack and Defense upgrades, losing them once their characters die. In the multiplayer mode, the game can be played via hotseat or network.

This game came with a world editor called GMedit, which allows players to make custom levels. Users can do everything that Monolith Games did in their levels, but it does not give a full control on the level. Custom levels can only contain a maximum of five kinds of enemies and their spawners in a specific dungeon. 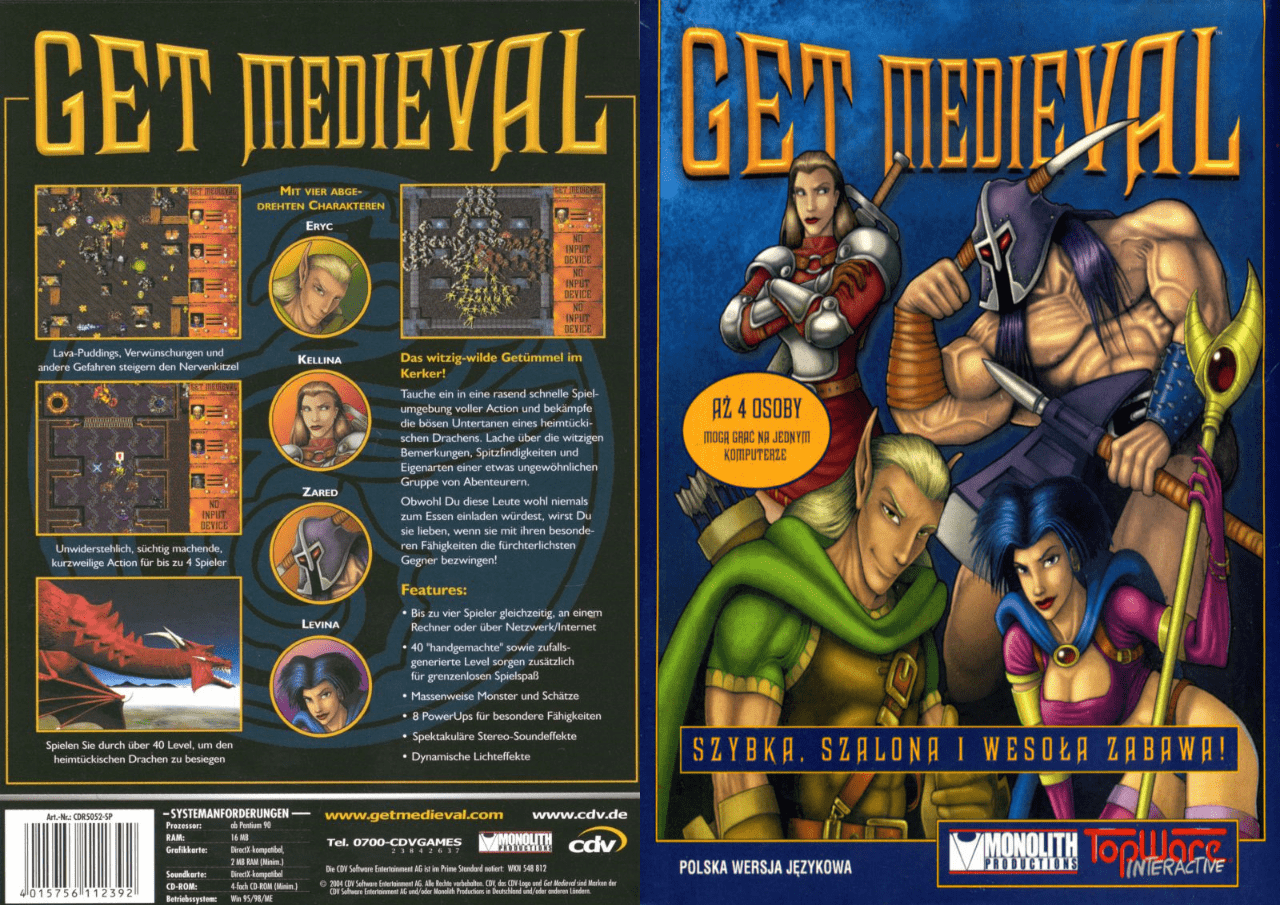 First release
Thursday at 3:42 AM

Last update
Thursday at 3:42 AM