First games you remember getting?

The first game I bought was Metroid which is still one of my favorite games. As far as the first game I got I have no clue. It was an Atari VCS game for sure. But I couldn't tell you which one.

It was "Mortal Kombat 4" on PC. Well I wasn't into fighting games at that time, so I played like maybe 2 hours. After that I just unistalled it. But I still have that same CD on my collection which I think it's really nice. Second game that I remember getting was "Spider-Man 2" on PC (which it was bad, like REALLY bad). And third game was probably "Bugs Bunny: Lost in Time" (on PSX I think?) and it's probably one of my favorite game of all time.

The first game I ever bought was Maziacs for the ZX Spectrum, followed a few weeks later by Atic Atac. 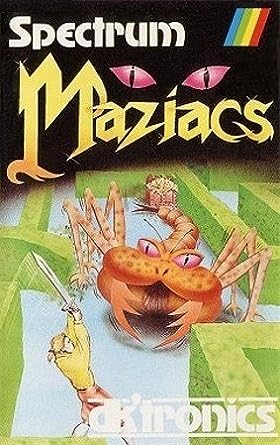 Star Fox on SNES. The first one I remember personally paying for was DK64, took me ages to save 70 bucks to buy that shit. I thought the expansion pak was the coolest thing back then.

The first ones I bought with my own money were for the Speccy, a budget version of a game with a Rambo ripped off cover, I think Cabal and Alchemist and Chiller which had a cool Michael Jackson's Thriller inspired cover.

Missile Defense 3-D on Sega Master System (came with it). Then the first one i bought was Alex Kidd in Miracle World. Blew my bday money on that one.

1991 - Tetris with the Gameboy. Great times. Live the memories

First game I remember was Pac-Man for the Atari 2600.

First PC game I owned before I owned a PC - DIABLO
Seriously... I saw this game , asked my mate if it would work on his PC, then brought it.
So Bliz were responsible for my PC fix.... It's a fekked up world